You are here: Home » News » Vietnam moves to multidimensional approach to poverty reduction 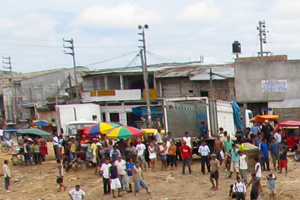 Vietnam will move from one-dimensional poverty measurement to a multidimensional approach with a new programme approved by the Prime Minister for 2016-2020.

The country will adopt a national measure of multidimensional poverty, based on OPHI’s Alkire-Foster method, which will show the disadvantages poor people face across five different areas:

Households that cannot meet over a third of their basic needs in these areas will be identified as multidimensionally poor, while those lacking more than half will be considered critically poor.

The new measure can be broken down to reveal what poverty is like in specific areas of the country and among different communities, helping policymakers to target their resources effectively and implement coordinated poverty-reduction initiatives.

The governments of Bhutan, Colombia, Chile, Malaysia and Mexico, as well as the state government of Minas Gerais in Brazil, have also already launched official multidimensional poverty measures using indicators of poverty relevant to their own specific contexts. Many others – including Pakistan, Philippines, Ecuador, El Salvador, Costa Rica and Tunisia – are in the process of developing such measures.

Find out more about the Multidimensional Poverty Peer Network, a group of over 40 countries and institutions that support the use of multidimensional poverty measures alongside traditional measures of income poverty at both the global and national levels.

Read about results from the Ho Chi Minh City MPI.