These briefings present country-specific results of the global MPI 2019 analysis of 101 developing countries, illustrated with graphs, maps and charts.

Each country profile includes comparisons of the global MPI with other poverty measures, breakdowns by deprivation indicators and urban/rural areas, and a look at the average intensity of poverty across the poor. Of the countries analysed, 83 also have data on poverty at the sub-national level, covering 1,119 regions. 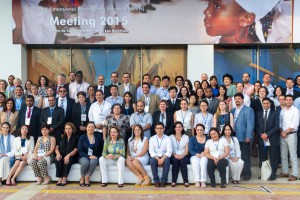 The third annual meeting of the Multidimensional Poverty Peer Network was hosted by the Government of Colombia from 2-3 June 2015 in Cartagena. More than 100 policymakers and senior officials came together for the two-day meeting to discuss developing and applying multidimensional poverty measures.

President Santos of Colombia attended the event and addressed the MPPN on the first day of the meeting. He talked about the importance of multidimensional poverty measurement for the Colombian government.

The MPPN is a South-South initiative coordinated by OPHI that supports policymakers to develop multidimensional poverty measures.

Read the communiqué agreed at the event. Presentations and videos from the event will be made available online shortly.

Find out more about the Multidimensional Poverty Peer Network (MPPN) and the application of multidimensional poverty measures in different areas of the world.