This paper estimates multidimensional poverty in Bhutan applying a recently developed methodology by Alkire and Foster (2007) using the 2007 Bhutan Living Standard Survey data. Five dimensions are considered for estimations in both rural and urban areas (income, education, room availability, access to electricity and access to drinking water) and two additional dimensions are considered for estimates in rural areas only (access to roads and land ownership). Also, two alternative weighting systems are used: a baseline using equal weights for every dimension and another one using weights derived from the Gross National Happiness Survey (GNHS). Estimates are decomposed into rural and urban areas, by dimension and between districts. It is found that multidimensional poverty is mainly a rural phenomenon, although urban areas present non-depreciable level of deprivation in room availability and education. Within rural areas, when equal weights are used, deprivation comes at a second place, and deprivation in water at the last one. When GNHS weights are used, income deprivation has the highest contribution, followed by deprivation education, access to roads, room, electricity, land and, finally, water. Districts are ranked by their multidimensional poverty estimate and rankings are found to be robust for a wide range of poverty cutoffs. Then, the methodology is suggested as a potential formula for national poverty measurement as well as a tool for budget allocation among districts and, within them, among dimensions. 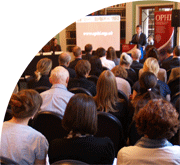