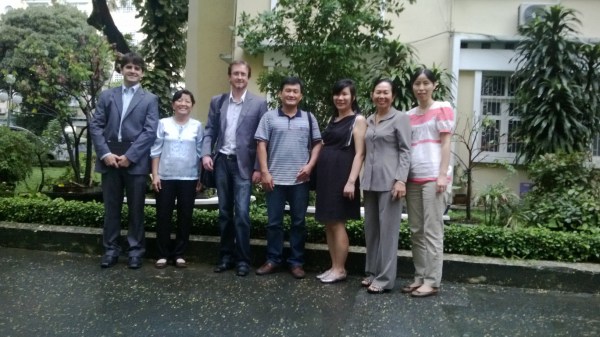 Policymakers from Mexico and Brazil joined members of Vietnam’s National Assembly and the UN’s Development Programme (UNDP) at a seminar in Hanoi on 14 September to discuss multidimensional approaches to setting poverty reduction targets and drafting social welfare policies.

Policymakers from Mexico, which adopted a national multidimensional poverty measure in 2009, and Brazil, where a state-wide measure has been implemented in Minas Gerais, shared their insights with their counterparts in Vietnam. Vice-Minister of Labor and Social Affairs, Nguyen Trong Dam, announced in June 2013 that Vietnam planned to adopt a multidimensional framework for measuring poverty.

Mexico, Brazil and Vietnam are all members of the Multidimensional Poverty Peer Network, which connects the growing number of policymakers engaged in exploring or implementing multidimensional poverty measures based on the Alkire Foster method developed at OPHI. The network was formally launched in Oxford by President Juan Manuel Santos of Colombia and high-level representatives of Mexico and around 20 other governments.

The seminar in Hanoi was covered by VietNam News; you can read the full article here. Reflections on the Brazilian visit to Vietnam can be found here (in Portuguese).