While in Costa Rica John Hammock visited the community of Carpio–one of San Jose’s most notorious slum communities. He visited a youth rescue program with the Accion Joven Foundation, a private NGO that works to bring and keep impoverished youth in school. John was able to talk to these teenage boys who used to be in gangs but who have now turned to support each other as they go back to school or get jobs. Rescuing kids from poverty is the work of this energetic Costa Rican foundation. Giving governments the tools to better reach these kids and others is what the MPI is all about. 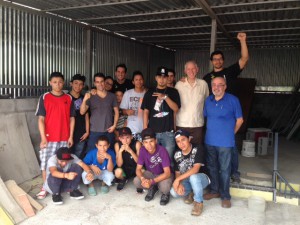