You are here: Home » UNGA Side Event “Measuring and Tackling Poverty in All its Dimensions”

UNGA Side Event “Measuring and Tackling Poverty in All its Dimensions” 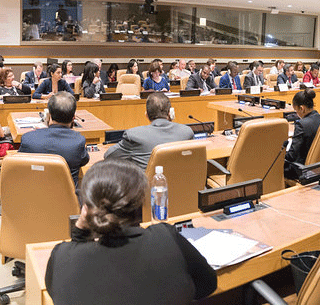 Side event at the UN General Assembly, New York

Measuring and Tackling Poverty in All its Dimensions

This side event showcased how the Multidimensional Poverty Index (MPI) is being used in practice: as an indicator at the national and global levels, as a diagnostic tool to make visible clustered deprivations, and as a governance tool to design and coordinate policy and advance national plans. Participants shared how the MPI supports the monitoring of SDG target 1.2, displays interlinkages across dimensions, and provides evidence for actions to leave no one behind. High-level participants from 16 countries and international institutions highlighted their experiences or plans in fighting poverty in all its forms and dimensions.

The event was organised by the Republic of South Africa on behalf of the Multidimensional Poverty Peer Network (MPPN), with the support of the Government of Seychelles and the Oxford Poverty and Human Development Initiative (OPHI).

The discussion was fast-paced and substantive. Minister Jeff Radebe of South Africa spoke about the restless commitment of policymakers to addressing poverty and the effort to “relegate poverty to the dustbin of history.” First Lady Ana García de Hernández of Honduras described the MPI as a methodologically robust instrument that can clarify the magnitude and complexity of poverty. President Juan Manuel Santos of Colombia linked the use of a multidimensional measure to management and to sustaining the peace. President Luis Guillermo Solís of Costa Rica shared his presidential decree linking the MPI to budgetary processes. Prime Minister Ralph Gonsalves of St. Vincent and the Grenadines elaborated on programs addressing the many dimensions of poverty. Minister Joel Morgan of Seychelles detailed why a high income country and small island developing state can tailor a national MPI to the unique characteristics of poverty in that country.

In the ministerial discussion, Minister Shamsul Alam of Bangladesh shared observations on data for multidimensional measures. Secretary Ernesto M. Pernia of the Philippines announced an ambitious work programme in their national development plan, which includes targets of MPI reduction and the launch of MPI as an official designated statistic. Minister Gabriela Rosero of Ecuador discussed the recent launch of a national MPI and the way it was tailored to their cosmovision. Director Anna Mwasha of Tanzania spoke about the use of the global MPI and the placement of the MPI in their national development plan.

The meeting was remarkable for the diversity of participants and the energy, ideas, and concrete examples that they brought to the discussion. It clearly demonstrated the vitality of the movement for multidimensional poverty reduction and the necessity of considering the multiple dimensions of poverty so that no one is left behind.

Further interventions from the floor were contributed by:

Watch the video of the event here.

Speeches from the event: 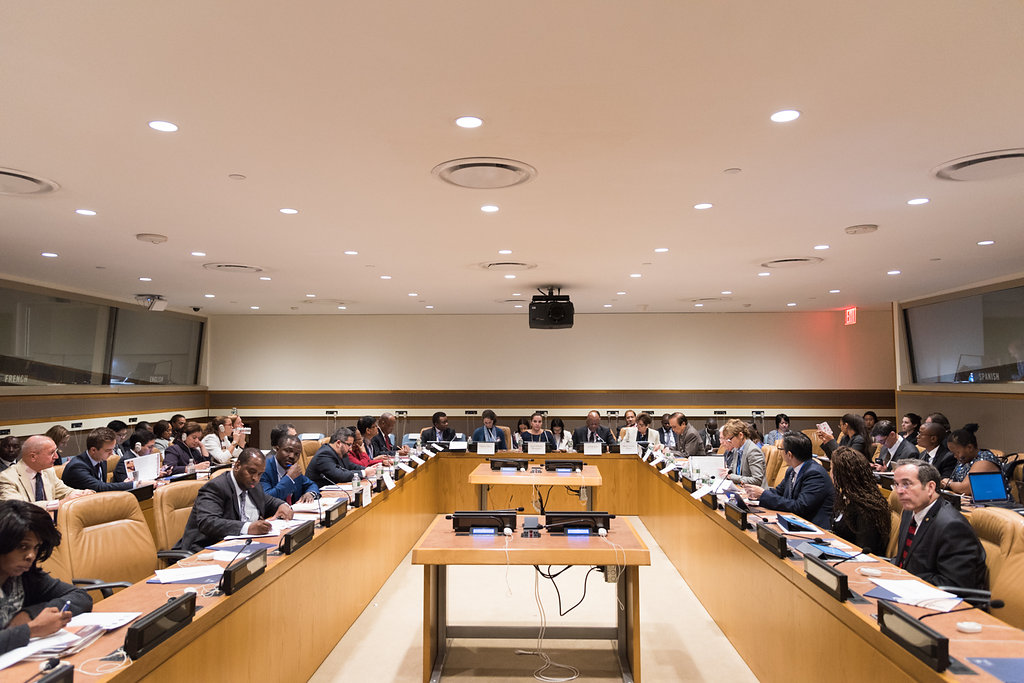