You are here: Home » Sierra Leone becomes the next African country to launch its own national MPI 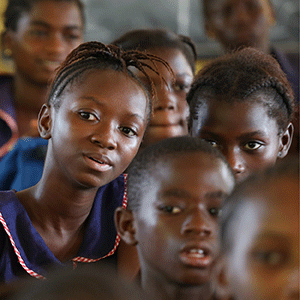 14 May 2019 – Sierra Leone launches its official national Multidimensional Poverty Index (SL-MPI) today. It joins the steadily growing number of countries in Africa and around the world that use multidimensional poverty indices to inform policies designed to eradicate poverty.

By launching the Sierra Leone Multidimensional Poverty Index 2019 report today, Sierra Leone responds to the call of the 2030 Agenda to broaden traditional poverty metrics beyond income and introduces a complementary multidimensional measure which recognises that the experience of poverty covers many overlapping dimensions within and across groups in Sierra Leone. The SL-MPI adapts the Alkire-Foster method, developed at OPHI, according to national definitions of poverty and adds weighted indicators for vaccination, overcrowding, bank account and internet access.

The results of the report show that two thirds of the population of Sierra Leone (64.8%) are multidimensionally poor. This is the incidence of poverty and means that more than 4.6 million people are in need of integrated policies to tackle the simultaneous deprivations which affect them.

The data of the SL-MPI can be unpacked in multiple ways to reveal priorities for policy. On a national level sanitation, electricity and years of schooling are the indicators which contribute the most to the SL-MPI.

The SL-MPI also reveals important differences between rural and urban areas. The share of the population living in multidimensional poverty in rural areas is more than double that of urban areas (86.3% and 37.6% respectively). The intensity of poverty in these rural areas is, on average, also 10% higher than in urban areas (50.9 and 60.3% respectively), meaning that the multidimensionally poor experience 10% more of the deprivations than their counterparts in urban areas.

When looking at the findings by region, the results indicate that the southern (76%), northern (75.8 %), and eastern (67.6%) regions have the highest poverty rates, while the western region has the lowest (36.2%). Similar results are found for the intensity of poverty, with the southern and northern regions presenting the highest average number of deprivations (60 and 59.6%, respectively), and the western region presenting the lowest (50.2%). Three districts, Pujehun (87.2%), Koinadugu (86.5%), and Tonkolili (84.4%) present the highest incidence of multidimensional poverty, while Pujehun also has the highest intensity of poverty.

The source of the data for the SL-MPI was the 2017 Multiple Indicator Cluster Survey database. The report, Sierra Leone Multidimensional Poverty Index 2019, was prepared by the Ministry of Planning and Economic Development and Statistics Sierra Leone with financial and technical support from the United Nations Development Programme (UNDP) and in collaboration with the Oxford Poverty and Human Development Initiative (OPHI) from the University of Oxford.

The Deputy Minister of Ministry of Planning and Economic Development (MoPED), Dr Robert T M Chakanda, reflecting on the launch of the report said ‘Our Government will continue to work towards achieving the SDGs and taking a multi-sectoral approach to poverty reduction, in order to improve the lives of the people of Sierra Leone.’

The SL-MPI is an official and permanent measure of multidimensional poverty which the Government of Sierra Leone plans to update regularly to track progress in the Medium-Term National Development Plan (2019–2023). The plan is aligned to the Sustainable Development Goals and Africa Agenda 2063 and the SL-MPI will be reported as an SDG indicator.

The Report can be found here.