You are here: Home » New data show 48% of people in Angola are poor

New data show 48% of people in Angola are poor 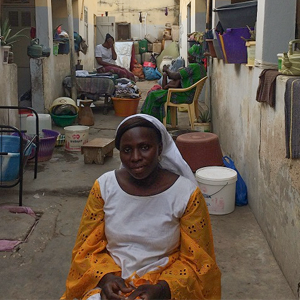 This is the first time Angola’s Multidimensional Poverty Index (MPI) has been updated since 2001, showing that 48% of the country’s population were classified as poor. The resulting analysis shows an MPI of 0.259. Even though the figures are not directly comparable because they come from different surveys, the new numbers suggest the country achieved a significant reduction in poverty over the last 15 years. According to Angola’s 2001 MPI, more than 77% of the population was multidimensionally poor.

The Global MPI monitors 10 indicators, such as school attendance, child mortality and safe drinking water. These indicators are grouped across three dimensions: education, health and standard of living. The indicators are analysed using the Alkire Foster counting approach to multidimensional measurement.

Among the 10 indicators, the largest contributors to poverty in Angola today are deprivations in years of education (16%), followed by school attendance (15%) and nutrition (11%). All indicators improved significantly since 2001.

“The number of people living in poverty is still very high, almost half of the population, but the MPI suggests that Angola has been successfully making strides against poverty,” says Dr Sabina Alkire, OPHI Director.

The MPI complements income measures. The latest available World Bank figure for income poverty in Angola, from 2008, shows that 36.6% of the population is income poor. Angola’s population is currently estimated at 29.7 million.

Angola’s MPI was calculated with Demographic and Health Surveys (DHS) data collected between 2015 and 2016 by the National Institute of Statistics. The other four MPIs published today were also based on DHS fielded in 2015 or 2016. Together, they create up-to-date estimations for 166 million people – more than the combined populations of the UK, Ireland, France, Netherlands, and Belgium.

The new numbers can immediately be used by the countries to guide public policy and investments to fight poverty.

“It can be useful to have access to this information as soon as possible. Those fighting poverty in their country need the most recent statistic,” says Dr Alkire. “The MPI is a key tool to have an in-depth picture of poverty and, based on that, develop efficient policies to improve people’s lives.”

The new MPIs provide the most complete estimation possible from the new data. These cannot necessarily be compared with previous MPIs without standardisation. For example, the 2016 Nepal MPI includes male and female malnutrition, so its MPI is higher than the 2014 MPI, but when the datasets are standardized, results will show that poverty has declined.  Standardized estimates are published on OPHI’s website as they become available.

The Global MPI is updated twice a year and compares multidimensional poverty across more than 100 developing countries.

The MPIs are also a powerful tool to measure progress towards the Sustainable Development Goals, in particular the targets designed for the first goal: “End poverty in all its forms everywhere”.

The updated MPI for the five countries can be found here.