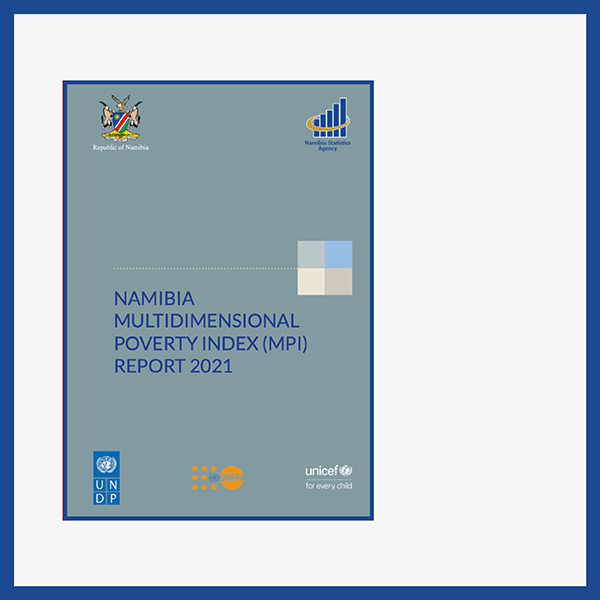 While monetary poverty analysis focuses solely on consumption and expenditure, the Namibian MPI will provided more detail on the nature of people’s poverty, the differences between demographic groups and regions, and the overlapping and interlinked deprivations experienced across Namibia.

Developed by the Namibia Statistics Agency (NSA), the Namibian MPI will serve as a strategic tool to inform budgeting and policymaking, while also providing baseline data for measuring progress towards eliminating poverty in all its forms in line with the Sustainable Development Goals.

The report, launched today, found that while progress has been made in reducing monetary poverty in Namibia from 27.6% in 2004 to 17.4% in 2016, more than 43.3 percent of Namibia’s population are still living in multidimensional poverty.

Based on data from the Namibian Household Income and Expenditure Survey (NHIES 2015/16), the MPI measures the deprivations poor people face based on three dimensions: ‘Education’, ‘Health’ and ‘Living Standards’. These are measured across 11 weighted indicators: ‘school attendance’, ‘years of schooling’; ‘drinking water’, ‘sanitation’, ‘housing’, ‘transportation assets’, ‘ICT’, ‘cooking and lighting energy’; ‘access to clinic/hospitals’, ‘food security’ and ‘child nutrition’. If a person is deprived in 30% of these weighted indicators, they are considered multidimensionally poor.

While the incidence of poverty in Namibia is 43.3%, the average intensity of poverty is 44.0%, meaning that poor people in Namibia experience, on average, 44.0% of the weighted deprivations. The Multidimensional Poverty Index (MPI), which is the product of incidence and intensity is 0.191.

Disparities were also observed across demographic groups based on language. The highest incidence of multidimensional poverty was reported amongst the population whose main language was Khoisan (93%), followed by Rukavango (68%) and Zambezi (54%). This is in stark contrast to populations whose main spoken languages were English and German (each with 3%).

Turning to age groups, the youngest children in Namibia are the poorest with the highest incidence of poverty reported among children aged 1–4 years (56%), followed by 5–9 years (50%) and 10–14 years (48%). The lowest headcount ratio (33%) is reported for the age group of 25–29 years. In Namibia, approximately 16% of children aged 0­–17 years are both multidimensionally and monetarily poor.