You are here: Home » Half of Angolans are multidimensionally poor according to new national MPI report 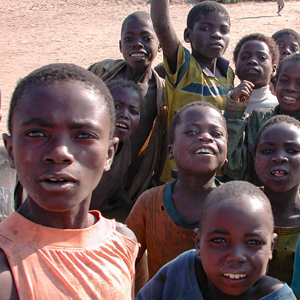 As a complementary measure to income poverty, the A-MPI evaluates, for example, whether people are well nourished, whether they have access to clean water or whether they attend school. The index provides official data to track poverty in Angola to inform efficient policy in poverty eradication.

The report was prepared by the National Statistics Institute (INE), in partnership with the United Nations Development Programme (UNDP) and the Oxford Poverty and Human Development Initiative (OPHI).

Based on the 2015–2016 Multiple Health Indicators Survey (IIMS), the report considers people living with at least 30% of the possible deprivations analyzed to be multidimensionally poor. These deprivations are divided into four dimensions: health, education, quality of life and employment . The study provides a clearer picture of which communities are most vulnerable and which investments can be made to improve certain indicators.

The deprivations that generate these numbers vary from province to province. For example, in Moxico, the main deprivations cluster around quality of life (lack of water, electricity and cooking fuel), whereas in Luanda, multidimensional poverty takes the form of deprivations in civil registration, nutrition and years of schooling represented.

It should be noted that, across the spectrum of multidimensionally poor people, poverty is more pronounced among children under the age of 10, which should be a priority in the design of new policies against poverty.

The A-MPI will be an essential resource to inform the Integrated Plan for Local Development and Combat Poverty 2018–2022 (PIDLCP),which was approved by the Government of Angola. The index will be updated periodically, based on the results of the next IIMS 2020–2021 survey.

The A-MPI data are available online here and on the INE portal and on the UNDP Angola website. Both institutions invite the involvement of civil society, the private sector, academia and the international community to explore the results of the report and contribute to the dialogue and action on poverty.