You are here: Home » News » OPHI, the MPPN and the Government of Colombia host special side-event at Cartagena Data Festival

OPHI, the MPPN and the Government of Colombia host special side-event at Cartagena Data Festival

OPHI, the Multidimensional Poverty Peer Network (MPPN) and the Government of Colombia hosted a special side event at the Cartagena Data Festival on 21 April 2015. The event presented a new multidimensional poverty measure that can help to “end poverty in all its forms everywhere” – a key component of the first goal of the final Open Working Group proposal for the Sustainable Development Goals (SDGs). 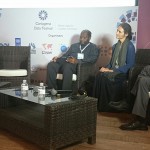 Featuring a high-level dialogue among eminent panelists, the special event highlighted the Colombian national Multidimensional Poverty Index (MPI) and the newly proposed regional MPI for Latin America. It also showed how a Global Multidimensional Poverty Index (the MPI 2015+), supported by a data revolution, as part of the core poverty indicators of the SDGs can help to eradicate extreme poverty after 2015. The MPI 2015+ complements income poverty measures and shines a high-resolution lens on poverty, showing who is poor and how they are poor, helping to ensure that the SDGs “leave no one behind”. 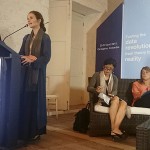 Find out more about the Global MPI 2015+ and the Colombian MPI.