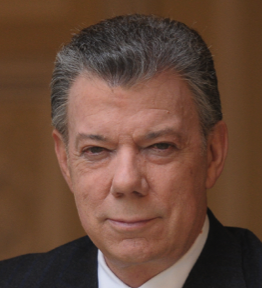 OPHI is pleased to announce a distinguished public event on Peace and Poverty took place on 12 November. Former President of Colombia and Nobel Peace Laureate Juan Manuel Santos spoke on Reducing Poverty and Building Peace in Colombia: Inextricably Linked Processes, focusing on the role of robust leadership in dealing with these two highly complex and interlinked issues.

The event marked the onset of President Santos’ Visiting Professorship at the University of Oxford. President Santos is a distinguished public figure and an influential leader, well known for his role in the recent Colombian peace process. During his term in office, which has just closed, President Santos took leadership in global efforts to reduce multidimensional poverty, including co-founding the Multidimensional Poverty Peer Network (MPPN), a South-South initiative of policy-makers working to fight poverty in all its forms and dimensions.